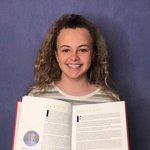 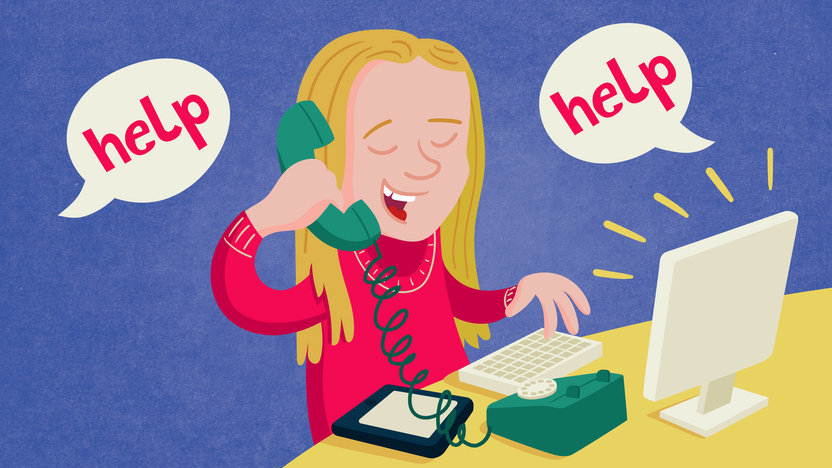 “I know that teaching is the one occupation that has the potential to change the world. With your help we can change the world for every student that may be struggling.”

Georgia Ryan is a student and Youth Ambassador for the Dyslexia Mid North Coast in New South Wales, Australia. Georgia was diagnosed with dyslexia and dysgraphia in her last year of primary school. Since then, she has become a passionate campaigner, petitioning for the inclusion of a compulsory module on learning difficulties for all teachers. Georgia is a creative musician and a formidable global advocate raising positive awareness for people with dyslexia.

Nessy asked Georgia to write a blog piece about advice for teenagers with dyslexia. Here she talks about whether or not a teenager should get a test for dyslexia and how to talk to others about your dyslexia.

When my friend Tiffany James at Nessy asked if I might like to write an article giving advice to teenagers about dyslexia, my first thought was a big definite NO! After all, what teenager wants to get ‘advice’ from another teenager they don’t even know. Especially as my only qualification to write such an article, is that I am aged 15, meaning I do at least qualify as a teenager, and I also have dyslexia and dysgraphia. But that’s it.

I also get lots of questions through my social media platforms asking for advice. Nearly every single one of these requests comes from a parents, so I know there are very few teenagers looking for advice.

So, you can understand my reluctance in writing an article giving ‘advice’ to teenagers. Unfortunately though, I’m also a people-pleaser and I hate to say no to anyone, so here I am thinking about what I should write in this article offering advice to teenagers with dyslexia.

I was originally going to write about practical suggestions such as colour-coding your books for each subject, having a study plan and other similar ideas. However I’m guessing if you’re a teenager with dyslexia, you are most likely already doing most of these things and I know this isn’t the type of thing most teenagers are going to want to read about (parents maybe, but teenagers not so much). So instead of giving you any particular ‘advice’, I thought I would just tell you about some of the things that work for me as a student in high school with dyslexia and about some of the issues surrounding dyslexia that people most often ask me about.

To Test or Not to Test?

I didn’t find out that I ‘officially’ had dyslexia and dysgraphia until my parents had me tested in my last year of Primary school. What a lot of people seem interested in, or message me about, is whether they should pursue an ‘official diagnosis’. I am in no way, not even in the slightest bit, qualified to answer this but let me just say this, firstly, (at least in Australia) you do not need an ‘official’ diagnosis to get help at school. It might make it easier at some schools to get this help, but it shouldn’t matter, all children are entitled to this help.

Now speaking personally, finding out that I had dyslexia was a relief! It meant that there was a reason why I had been struggling so much and I knew I was just as smart as everyone else, I now had a reason to explain why I was having so much trouble keeping up. So, for me, testing felt very freeing and was a definite plus.

To Disclose to Others

This seems to be another big question for us teenagers. Do we do something as ‘uncool’ as to deliberately point out something that makes us ‘different’, when all we really want to do is ‘fit in’? Or do we just keep it to ourselves?

I haven’t yet had the issue of whether I need to disclose my dyslexia to any future employers but there is often the question of whether we should disclose our dyslexia to others in our friendship circle or school setting. This again is a personal thing, but I am a big believer in telling as many people as possible. Your friends are going to love you no matter what and believe me, they are way more worried about how they are doing in school and life, to think badly of you just because you might need extra help sometimes. Besides your friends will probably turn out to be your biggest cheer-squad and your greatest supporters.

There is also a lot of misinformation surrounding dyslexia so I think it’s important that more people talk about it. This not only increases how many more people know about it, but it also helps to ensure the right information is getting out and not just some of the myths surrounding dyslexia. Privacy issues also mean that unless we disclose it ourselves, it is often difficult to know if there are even other students at school that are dyslexic, this can be frustrating as it limits our chances of networking with the other kids going through the same thing. So, I think disclosing helps us to connect with others and to get the best support we can.

I have happily been sharing my journey with the world ever since I found out I had dyslexia, which has helped me to meet the most amazing people not just here in Australia but all over the world. Social media is also great for networking and to helping you to find a community you feel comfortable sharing things with, especially if you aren’t really sure as to whether you’re ready to share with others closer to home yet.”

Check the Nessy blog next week for more advice from Georgia!